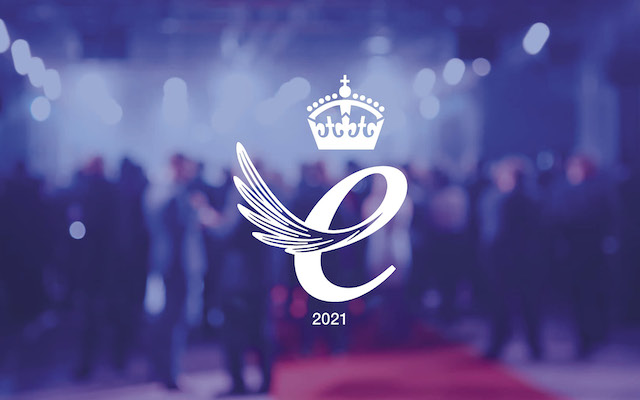 What has changed in recruitment for the entertainment technology sectors? Why, when a global downturn in the live events and hospitality is now a time for some companies to start thinking about finding their next star hires? Following the announcement that Interfacio has received a Queens Award for Enterprise for International trade PAUL MAC speaks to Directors Richard and Isabelle Wear about the secret of the company’s success, and the challenges of recruiting in the today’s fast changing market.

Interfacio has been serving the entertainment technology sector as a recruiter and career development specialist for nearly 20 years. Its specialist team of consultants is internationally recognised for its expertise in these markets and they can often be found touring the trade shows, supporting student section initiatives, and networking wherever and whenever opportunity arises. Businesses come to them to solve the ever-present challenge of recruiting into mission-critical sales, marketing, engineering, and management roles, and individuals turn to them when they need a change, to progress, or simply find themselves ready for a new challenge.

Recognising this, Interfacio has recently been honoured with a Queens Award for Enterprise for International Trade. The award recognises a period of significant and sustained growth in the company’s international business and Interfacio is one of only 205 organisations nationally to be recognised this year. The Queen’s awards themselves are recognised as the most prestigious business awards in the UK, with winning businesses able to use the esteemed Queen’s Awards emblem for the next five years.

Interfacio was founded by Richard Wear in 2002 as a specialised global recruitment a search service business, focussed on the media entertainment technology sector. Its early focus was almost entirely on professional audio, but that has since expanded into other closely related areas such as the MI, broadcast, professional lighting, AV / installation markets and even some work in CE.

Interfacio was always intended to be an international-facing enterprise, which makes the International Trade award so appropriate. “We didn’t start with the UK and then branch out,” says Richard. “We started out focussing on the global market and a real need for an international recruitment service that could work in all the main markets around the world. The business was launched at the NAMM Show in California and Musikmesse in Frankfurt, and our first placement was in Australia for a Chinese owned company and a hiring manager in LA, which illustrates the point nicely!”

The Queens Award recognises six years of sustained and significant growth in non-UK business with international trade making up 80 percent of the company’s annual turnover. “The Award is something that is hopefully recognised by our clients around the world as a real testament of our results, global reach and capability. It’s also a fabulous badge of honour for new clients who might not even know about or have worked with us yet.”

Fellow director, Isabelle Wear, joined the business in 2012 and specialises in European recruitment for Interfacio and is also the Principal Coach for the company’s new inTeams initiative. Before coming to Interfacio she held senior roles for several industry manufacturers such as Edirol, M-Audio, and Audio-Technica.

For Isabelle, the Queens Award is not just an achievement for clients to recognise, but a moment to be proud of the work and the creativity that has led to it. “There is a deep pride,” she says. “We’ve all contributed massively to this sustained growth and there is a great sense of achievement. For me, personally, it’s significant because I’m French and though I’ve been living in the UK for nearly 30 years, I’ll always be French. That has not been easy, but I married in the UK and made my career in the UK, and this is a pinnacle that, in many ways, rewards and acknowledges that journey.”

To the world outside the UK and especially Isabelle’s European specialist market, she thinks the Queens Award carries a positive brand along with it, even if the award itself may not be so well known.

“I have tested the waters with some contacts in Europe,” she says. “While they may not all have heard of the award itself, they have all heard of the Queen and appreciate what it must take for a small company to achieve this. That can only reinforce our credibility, our positioning, and the quality of our work.”

Richard is quite clear when it comes to the secret of Interfacio’s success: The team. “We are all industry professionals first, who have taught ourselves to be recruiters for the companies we partner with. Every new member of the team has led an evolution of the company. Isabelle opened up major business opportunities and success in Europe, Bardy has incredible insight and presence in the Americas and Asian markets, and Jo brings a native understanding of R&D Engineers and product development in our industry.”

“We’re not ‘typical’ recruiters,” adds Isabelle. “We all come from the specialist markets we recruit into. We were all part of those industries – understanding the passions and needs of a technology manufacturer.  We’ve got a great understanding of the vertical market, the niche, the culture, and what manufacturers are looking for. That makes our whole offering unique.”

Over time, Richard notes, much of the business has changed, with the UK moving from a net exporter on everything music and tech related, to a vastly different, much more international context where business practise has matured. There is now much more focus on investor accountability, longer term strategy and growth, and return on investment – particularly when it comes to recruitment. “We’ve grown up in parallel with that evolution,” says Richard. “When I started, nobody in our markets was doing anything like this. The sort of recruitment and executive searches commonplace in large, blue-chip companies didn’t seem to quite gel with the industry we know and serve. So the idea in the beginning – and it continues to be our ethos today – was to deliver our service in a way our customers will appreciate, and to always add value as talent search professionals.”

Richard and Isabelle both acknowledge the difficult issues facing an industry that has had a tough time during the Covid pandemic – particularly in the live entertainments and hospitality sectors. However, the whole team is now seeing the tide turn in business, and there has been a marked increase in recruitment activity over the last few months. Richard continues: “I think there’s an argument for some businesses to take this opportunity, right now, to invest and hire. There is talent around now that might otherwise have been exceedingly difficult to find – that gem of an R&D Engineer, that Regional Sales star, or that Marketing and Communication specialist.”

Cleaning up the act

On the evolution of industry roles in Europe, Isabelle notes that much of what has changed amounts to the ‘polish’ that companies now expect of employees. “They want someone sharper and more articulate,” she explains. “They want people who carry themselves better. The audio and lighting industries are full of passionate people, often self-made people, and they are demanding more in their professional environment.”

For the candidates, Isabelle recognises the importance of the personal touch all the way along the process. “Whatever mission we go on to, it is always a partnership. It’s the definition, the screening, the alignment – understanding the expectations and dynamic of the company – and of course it’s about whether they can do the job.

“We keep a wide network of contacts; Often it’s not about attracting applications but picking the right person from our network, or going out and finding someone new who we didn’t know before. We have found an awful lot of people that didn’t even realise they were going to change their job! That’s about planting a seed so people can reflect and project themselves forward – and suddenly they are on a journey.”

Richard and Isabelle are rightly proud of Interfacio and its success. The Queen’s Award recognises six years of growth, while the company itself recognises massive change and growth over the almost 20 years it has been recruiting people into roles around the world. “A lot has changed over that time, particularly in recruitment itself,” Says Richard. “LinkedIn, which didn’t exist in 2002, for example, has gone from being a slightly niche networking tool to a central pillar in the recruiting mix. Larger companies have invested in in-house recruitment teams, and the words ‘talent acquisition’ are everywhere now. I think our sustained growth reflects how we’ve tracked those changes and have remained relevant and valuable.

“To be able to have the conversation from start to finish, explaining opportunity, filtering candidates, looking at culture fit and skills match, and then deciding who is suited is what we are good at. We are uniquely experienced and equipped to manage that whole process with a partner company through to a successful placement and beyond.”

Acknowledging the company’s diverse network of clients, Isabelle adds: “As well as our fantastic team, for this award we’d also like to thank the businesses that have worked with us over the years and recognise it as a partnership. We collaborate with the CEO or CTO, with the head of HR, with the hiring manager, and with administrators who often take care for the day-to-day interactions. We’re a voice at the table that’s here to help and we have the insight to think strategically about the right way through any hiring challenge. That’s the formula that seems to have worked so far. Long may it continue!”