Frankfurt, PLS and Musikmesse – A Game of Two Halves…

The Interfacio team is still reeling from an unexpectedly focused, intense and productive visit to Prolight & Sound and Musikmesse in the Spring sunshine – unexpected, because the rumour mill had already cast a shadow over the show scarcely before we’d landed in Germany. It turned out to be somewhat premature. 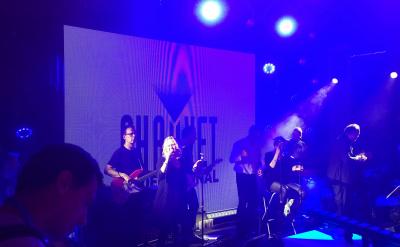 Because despite the reasons for the murmurs – the obvious consolidation of pro audio and lighting into just two floors of Hall 3; despite the absence of big hitters like Harman, Meyer Sound and Sennheiser; despite the alarming shrinkage of neighbouring Musikmesse; and despite the classic carping of the weaned-on satire Brits – this was as buzzing as a technology trade show gets. If many 2018 product launches were pulled out of the bag at NAMM or ISE, and only repeated here, there was still enough meaningful technology demonstration to attract large crowds and create long queues – even on the last day, when the traditional ghost of apathy was well and truly exorcised by the lines round-the-block for L-Acoustics’ presentations of immersive sound format L-ISA in an adjacent theatre.